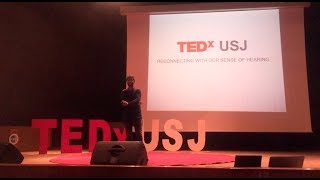 Launched by a group of friends in the basement of a hotel, Uberhaus hosted all kinds of parties, labels and artists, all dancing under one roof till the break of dawn. It soon became evident that a seed of hope was being planted in the Lebanese underground scene that had been stagnating for a couple of years.

Around Spring 2013 and after the huge success of their first winter season, Uberhaus decided that in order to fulfill their dream of becoming one of the most notorious clubs in the region, they needed to expand their barriers way beyond their current location.

As the beach and rooftop season was kicking off across the country, the club, which sprung on the Beirut scene in all its LED floor-lit glory, vacated temporarily its underground Hamra premises and set up shop in the massive outdoors of Beirut Waterfront.

To give leverage to the outdoor summery mood, Uberhaus launched their summer themed club called THE GÄRTEN on the 22nd of June 2013. The Garten opened its doors for the first time under a temporary open-faced dome set to welcome more then 800 clubbers and Uberhaus’ usual lineup of top-notch local and international DJs.

THE GÄRTEN was able to blend different types of audiences around different themes and activities, be it art exhibitions, film screenings, etc, allowing people to stretch out and relax in the large green lawn surrounding its dome and welcoming partygoers around sunset in its island bar.

As the alcohol began to flow and the floor began to fill, music kicked off around 10 pm, transforming the venue into a dance temple with its immersive sonic experience, embracing the night until the sun rose again upon Beirut.

The Garten grew exponentially to become a pillar in the international underground scene, a haven in a city of urban sprawl. Due to its tremendous success, the considerably small winter location was no longer enough to sustain a crowd of 1000+. That was when the pop-up journey of Uberhaus began.

Around February 2014 and after a brief spell back in the original Leon Street venue, the Haus launched a new ephemeral winter location at “Station”- Sin el fil called NACHT.

A few other so-called pop-up events happened such as various parties that took place at the Bus Station in Mar Mkhayel around winter 2014/2015.

This was only the “calm” before the storm. While preparing for another round of summer under the dome, a beast was being developed behind the scenes. That was when our first collaboration with the Haus started.

The Uberhaus team approached 21dB for an acoustic consultancy regarding their new indoor winter concept, designed by Rabih Geha Architects.

After running a detailed audio and acoustic simulation, we were able to point out the acoustic deficiencies of the structure and how to prevent them from altering the sonic quality needed for such an astonishing club.

An absorbing ceiling was specified in order to control the reflections inside the venue. On top of that sound absorbing facades for the containers were specifically designed, besieging the whale structure. A meticulous audio layout was also defined ensuring an even sound level throughout the club.

While the Garten had been living great success for a couple of summer seasons, complaints were filed against the club from neighbors who were displeased with the volume of the sound reaching them throughout the weekends.

As a consequence, Beirut municipality set up new regulations and norms for the allowed sound levels throughout the area, which obliged the Garten to find an alternative to their open-faced dome structure.

This was when 21dB got contacted again by the Haus team to work in parallel with their architect Karl Karam in order to design the new structure that would be the heir to the highly acclaimed Dome.

After months of work, the new structure started to take form and the solution to the problem became clearer with each passing day: an acoustic barrier had to be designed to prevent the transmission of sound to the neighboring zones.

Backed up by the results of the acoustic simulations, we determined the materials to be used inside the barrier, as well as where would the barrier be placed, taking into consideration the core of the Garten’s identity: an outdoor club for the summer season.

We came to a solution where we would have the barrier incorporated into the new metal structure leaving the club open from the sides of the dance floor. The barrier behind the stage would prevent sound from being transmitted to proximate areas ensuring that the music levels on the dance floor wouldn’t be affected.

In order to spice up the acoustic experience of such a massive structure, we decided to design an additional tunnel that leads to the stage from the back.

Walking through the red acoustic tunnel, you become shielded from each surrounding sound and get subtly introduced to the music blasting the club as you step closer to the backstage area.

The end result is astonishing. The club has been running perfectly throughout the summer with no complaints whatsoever from any neighbors, highlighting the birth of a new Garten and endorsing furthermore a long and flawless collaboration between the Uberhaus team and 21dB.